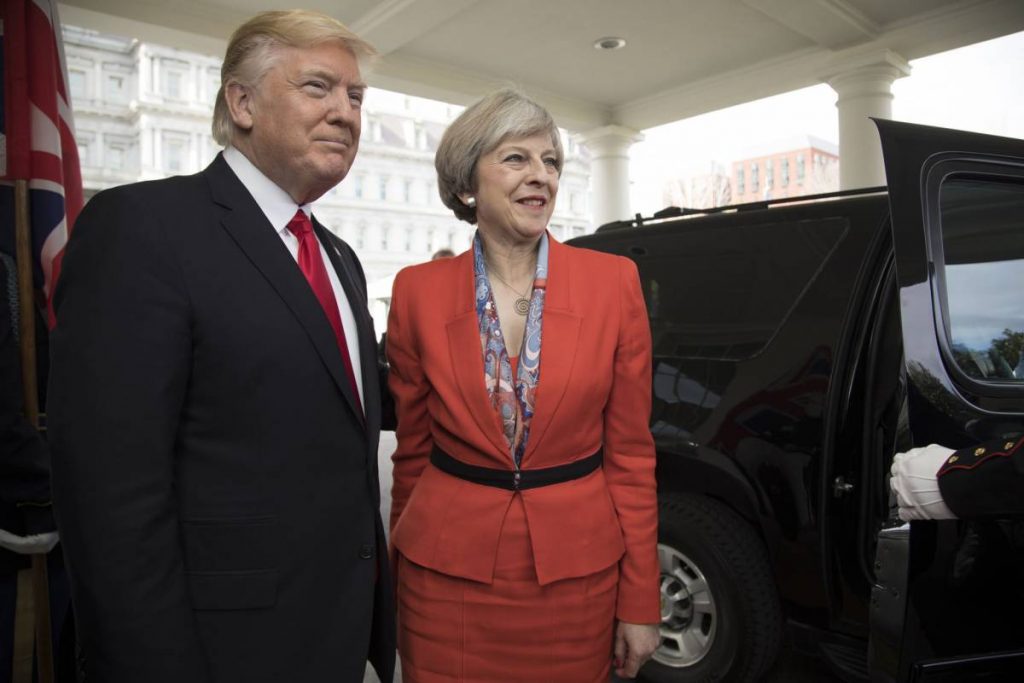 The UK may be set for a substantial shift in policy, as the fallout from the shock General Election result continues. Theresa May’s failure to consolidate her majority in a snap election has cast uncertainty over her position, and a change of direction seems increasingly inevitable.

The Prime Minister found herself undermined in the last days of general election campaigning by accusations of compromising public safety through police cuts, following the tragic events in Manchester and London. Her response to the Grenfell tower fire has compounded this, with further criticism of the government’s slow response, as well as the state of council funding.

This criticism is the latest in a line of barbs thrown at the Prime Minister, whose position seemed unassailable just a couple of months ago. When the snap general election was called, the Conservatives held as much as a 22 point lead in some polls over their chief rivals, the Labour Party.

However, a disastrous campaign in which Mrs. May refused to attend debates saw the opposition leader, Jeremy Corbyn, make significant gains. Mr. Corbyn had previously been dubbed ‘unelectable’ in certain quarters, and was widely criticised by right-leaning newspapers for past connections to extremist organisations.

Labour went on to win 30 seats with 40% of the vote, compared to the Conservatives 42.4%. The closeness of the result led to a ‘hung Parliament’, in which May’s Conservatives were forced to ally themselves with the Northern Irish Democratic Unionist Party (DUP). Several DUP policies are considered controversial by Britain’s main parties, with a platform of pro-life and anti gay marriage views.

While other countries such as Canada frequently function with hung parliaments, there is no great zeal for them in England. The previous instance in 2010 led to an unhappy but stable coalition between the Conservatives and Liberal Democrats, while in 1974 a second election was called within months of the first.

The second case remains a possibility. While the Conservatives now have a majority in Parliament, it is only around 13 seats, and only thanks to an agreement with the DUP. Should a significant number of Conservative or DUP MPs refuse to vote with the government, they could be unable to pass legislation. This could impede the government’s ability to implement its manifesto pledges, and a stabilising second election may be needed.

It’s also possible that Theresa May will step down as Prime Minister in the near future, in order to refresh the Party’s image. Home Secretary Amber Rudd has been touted as a likely candidate, although she only held onto her constituency by a couple of hundred votes. History however suggests that MPs who become Prime Minister tend to increase their vote share significantly.

In the instance of a fresh general election, there is the distinct possibility that Jeremy Corbyn’s Labour would win. This would represent a dramatic policy shift for the UK, and one which would hold mixed blessings for businesses.

While corporation tax would rise slightly, the approach to Brexit negotiations would be softened. They would be handled by experienced barrister Keir Starmer and lawyer Emily Thornberry, who some would suggest are more naturally qualified than Boris Johnson and David Davis.

In the event that the Conservative Party maintains a stable coalition, some form of change seems inevitable. If the Prime Minister remains in power, a move away from ‘austerity politics’ seems inevitable. Chancellor Philip Hammond has stated that “people are tired of the slog”, and Health Secretary Jeremy Hunt has spoken of removing caps on nurses’ wage increases.

While instability and uncertainty are never welcome for the business community, there could yet be positives from this extraordinary election cycle. More money in people’s pockets and a ‘soft Brexit’ would be a welcome tonic, and perhaps a reason to put those plans to move away on ice.

We’ll endeavour to keep you up to date with the latest goings on in the UK and further afield. For more information on starting a business or business services worldwide, don’t hesitate to contact us.

To talk to our specialists call us on:

How we use your data

Universal Company Incorporations Ltd, herein known as UCI Ltd, will be what’s known as the ‘Controller’ of the personal data you provide to us.

We only collect basic personal data about you, which does not include any special types of information or location based information. This does however include your name, email, phone number etc.

Why we need it

We need to know your basic personal data in order to provide you with information on our services, offers and discounts, and news pertaining to those services.

We will not collect any personal data from you that we do not need in order to provide this service to you.

What we do with it

All the personal data we process is handled by our staff in the UK. However for the purposes of IT hosting and maintenance, this information is located on servers within the United States. This data is protected by the EU-US Privacy Shield, ensuring that your information is stored and treated with equivalent privacy and security laws.

This information is stored in a secure account on Mailchimp, an email marketing service. Mailchimp cannot use your data for their own marketing or promotional purposes, and no 3rd parties have access to your personal data unless the law allows them to do so.

As part of our integrated email marketing service, we also collect information on user interaction. This includes collecting data on actions such as opening the newsletter or clicking on links within the newsletter, which is then used to optimise future marketing materials.

We have a Data Protection regime in place to oversee the effective and secure processing of your personal data. More information on this framework can be found on our website.

How long we keep it for

Your data stored for marketing purposes will be kept with us until you notify us that you no longer wish to receive this information. You can do this by contacting us, or by clicking ‘unsubscribe’ at the bottom of our marketing emails.

What are your rights?

If at any point you believe the information we process on you is incorrect, you can request to see this information, and even have it corrected or deleted.

If you wish to raise a complaint on how we have handled your personal data, you can contact our Data Protection Officer who will investigate the matter.

If you are not satisfied with our response, or believe we are processing your personal data not in accordance with the law, you can complain to the Information Commissioner’s Office (ICO).

Our Data Protection Officer is Heather Landau, and you can contact them here.

This website uses cookies to improve your experience. We'll assume you're ok with this, but you can opt-out if you wish. Find out more.